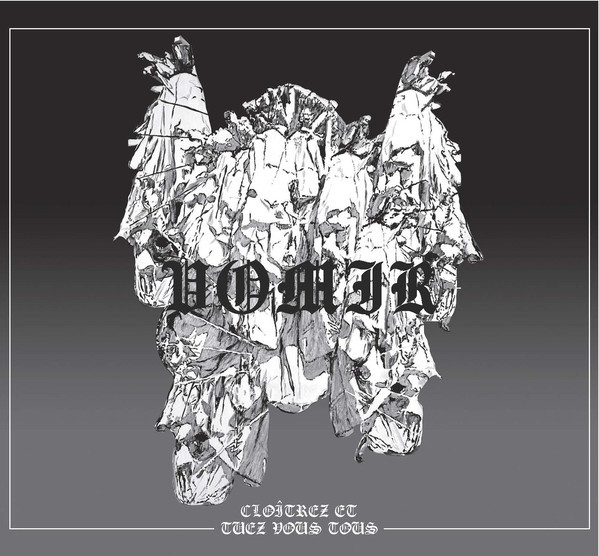 With “Cloitrez Et Tuez Vous Tous”, Vomir aims to return to the most basic essence regarding his identity as a Harsh Noise Wall practitioner. This single full length track of more than one hour is the final result of that depurating mindset; focusing on achieving the true bone of his signature sound, while continuing to devastate all ears with a raw and unmovable wall of static. Still as relentless, the boundaries of its aesthetics get pushed further and deeper by the storm of distortion overlayed by the bleakness of massive cloistered sounds. Romain stays true to his non-conformist approach by presenting his Harsh Noise Wall entirely stripped of any ideas and unabided by any rules. This album reflects Vomir´s nihilistic view of the world through the effective manifestation of his noise-craft, delivering a remorse-less and emotionless sonic punishment.