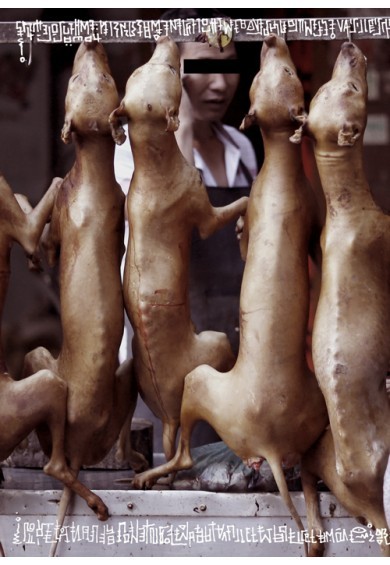 Umpio has displayed various kinds of approaches. He has done brute harsh noise, cosmic oscillations, field recordings and so on. On Trankilo, Umpio goes to very different approach than praised “Muelas” CD published on Freak Animal. Instead of popular low fidelity rawness known by many Finnish artists, Umpio takes exactly opposite approach here. It’s sharp and crystal clear production resembles what one would describe “studio recording”. However, material itself is razor sharp amplified junk electronics. Fierce, loud and utterly clear – and therefore exposing the ripping quality of noise. 5 songs in 20 minutes is much more than that. Innovative mix of harsh noise, field recordings and rough industrial-noise sounds makes this piece unlike any other Umpio release and unlike pretty much any noise out there. Simply demand for instant re-play!

Umpio: “All sounds acoustically recorded with a stereo mic, no line-in. From a session of internal feedback loops, where the electronix are driven into internal overload so hard that they start talking. Later cleared the table from machines and piled up some tasty junks, one contact mic on the table leg, then into a bass amp. Boombox in the corner spluttering some Reaktor recordings. Mixed with some sidechaining setup, where certain sounds make room for other sounds. Remove the fat, distill the spiritus.

I work in 20 min blocks almost always so I can’t comment on the size of the disc, but I find 20min xlent length for the compositional arch. Unless we’re talking about hypnodrone o rother forms of kaleidoscopic music which are ok to take hours.

3″CD is good as it makes you listen cos you can’t slide it into your laptop but you have to really put it into a player haha! And from the size it’s a love/hate thing cos it’s stylish, wastes a bit less resources, but also irritatingly mini.”