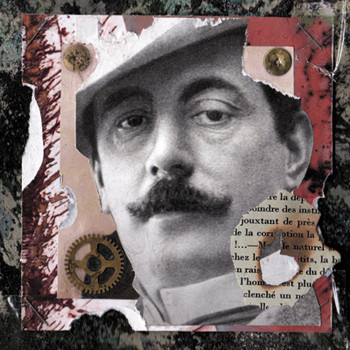 "We are The New Blockaders. Blockade is resistance. It is our duty to blockade and induce others to blockade: Anti-books, anti-art, anti-music, anti-clubs, anti-communications. We will make anti-statements about anything and everything. We will make a point of being pointless."

So read the 1982 manifesto of TNB. A group who, more than any other, define the essence of true Noise music both in art and in act. Their influence on the current crop of popular crossover Noise artists such as Prurient and Wolf Eyes is immeasurable. Emerging at the beginning of the 1980s alongside the Industrial grind of Throbbing Gristle and the harsh, abrasive Power Electronics of Whitehouse, TNB stood out through a purity of vision. Their first record, 1982's 'Changez Les Blockeurs', is noise in its most rudimentary form: metallic grating sounds and analogue feedback redefined what could be classified as music. Its abstract form and Dadaist construction challenged all that had appeared before. Its anti-music approach presented a recording closer to the theory-driven work of Einsturzende Neubauten than their supposed contemporaries. They would appear rarely and when they did it would be in anonymity. The records would emerge even more infrequently with little information and in tiny runs. Collaborations in recent years with artists such as Sonic Youth's Thurston Moore and Merzbow have brought their anti-sound to a younger and diverse audience. The metal-bashing of K2, the awkwardness of Runzelstirn & Gurgelstock, the density of Macronympha and the abrasiveness of Merzbow all owe something to the anti-music of TNB. They can truly be credited as pioneers of Noise music as we know it today.

This is the first in four unique albums of today's most forward-thinking noise artists paying tribute to their masters. Expect further volumes across the globe in the coming months.
Mastered by Philip Julian. Artwork by Richard Rupenus (TNB)

This cart is accept payment from overseas customers by only credit card and bank transfer.
If you wish to pay by paypal, Please select payment method by "bank transfer" with order form, and specify " Paypal payment wish" in the Other Notes And Remarks column.
Mail accompanying bank transfer will be automatically sent to you first, but please ignore it.
Then please payment the total amount to the paypal account below.
bank(at)dotsmark(dot)com
We will ship the item after confirmation of payment to paypal.
¥ 1,500