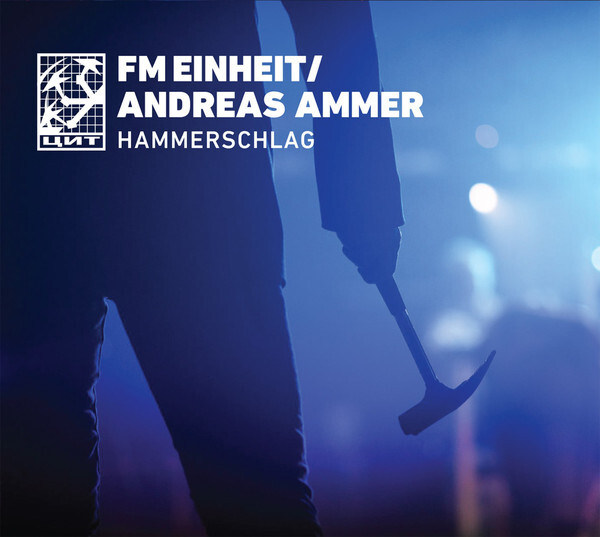 FM Einheit (Mufti) is an industrial and electronic musician and actor, primarily known for his percussion and compositional work with Einstürzende Neubauten, notably on the classic albums: “Kollaps”, “Halber Mensch”, “Haus Der Luege”, “Tabula Rasa” and “Ende Neu”. He played the lead role in the 1984 feature film Klaus Maeck’s “Decoder”. He has also collaborated with musicians such as: Diamanda Galás, Eraldo Bernocchi, Mona Mur, KMFDM, Goethes Erben and many more. Andreas Ammer has been creating works with FM Einheit since the early 1990’s.

“Just a moment longer, and through the confused chaos of these days, the legendary realisation of the future roar of events is triumphant” (A.K. Gastev, “A Bundle of Orders”).

“Hammerschlag was premiered in 2019 at the Diaghilev Festival in Perm as a live concert with Teodor Currentzis , the chief conductor of the SWR Symphony Orchestra, as Aleksej Kapitonovič Gastev. The concert served as the basis for a German-Russian radio play version.

In his last lyrical work “A Bundle of Orders”, published in 1921, Russian futurist Aleksej Kapitonovič Gastev wanted nothing more than to finally destroy literature. In a historical document there is a description of a concert based on the text: “The choir master stood on a balustrade, who conducted the sound with the help of a complicated signaling device. After this noise overture had raged for long enough time to completely numb the auditorium the real passion game began”.

Aleksej Kapitonovič Gastev (1882 – 1939) was a Soviet revolutionary, poet, high-ranking union activist and scientist. When he became head of the Russian revolutionary Central Institute for Work with the psychotechnical optimisation of workflows (How do I really hit with the hammer?), he swore off poetry with “A Bundle of Orders” and at the same time created his most important lyrical work . He was executed under the orders of Stalin for counterrevolutionary activities.