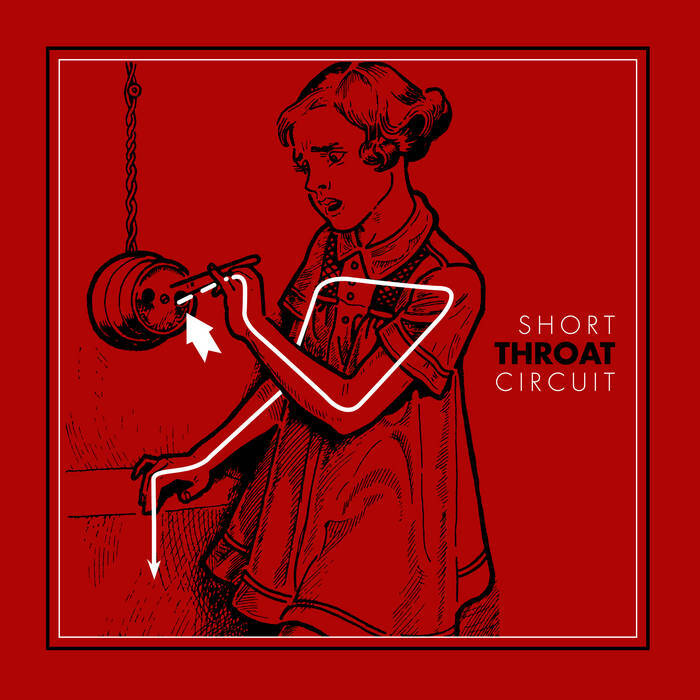 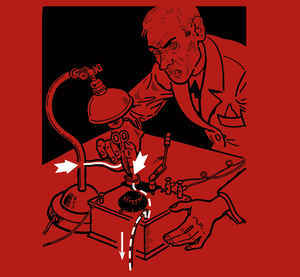 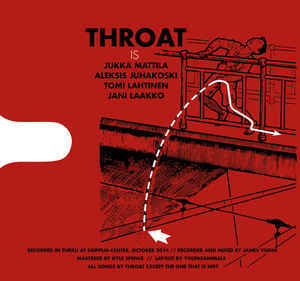 When a band from far flung Finland drops a recording like this on us, we're all ears, especially when we know damn well the hearing in those ears will be ruined that much further by the recording itself. Throat is a four-piece from the land that held back Russian encroachment for thousands of years, and that same diehard, winter war room mentality is at work on "Short Circuit", recorded by James Vuohi. It's easy and a bit cheap to liken any and all modern noise rock to the Amrep catalog, and even though Throat tips the fur-brimmed hat in that direction, other important short-circuited touchstones include Trance Syndicate, and the early, raw nastiness churned out by both Blast First and Sub Pop, but with more groove, and more loud/quiet/loud/weird/loud dynamics. The lumberjack thud of early Tad, and the spatial bleakness of mid period Neurosis come to mind. Even the strangling abrasion of Big Black and Einstürzende Neubauten. But Finland is Finland. Finland is not Washington State, Berlin, New York or Minnesota. It's even stranger. Full days of light. Full days of darkness. Midnight sun. Noon blackness. A nation and scene at the far edge of the world. It's no wonder "Short Circuit" is as bizarre and hardcore as it is. CD EP in fold-out digisleeve.