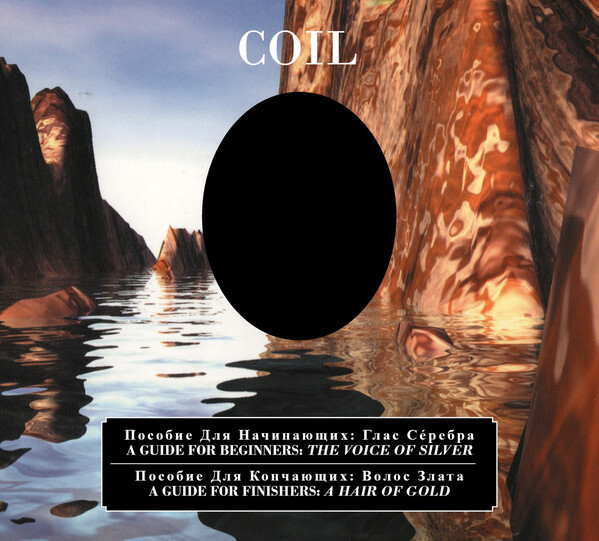 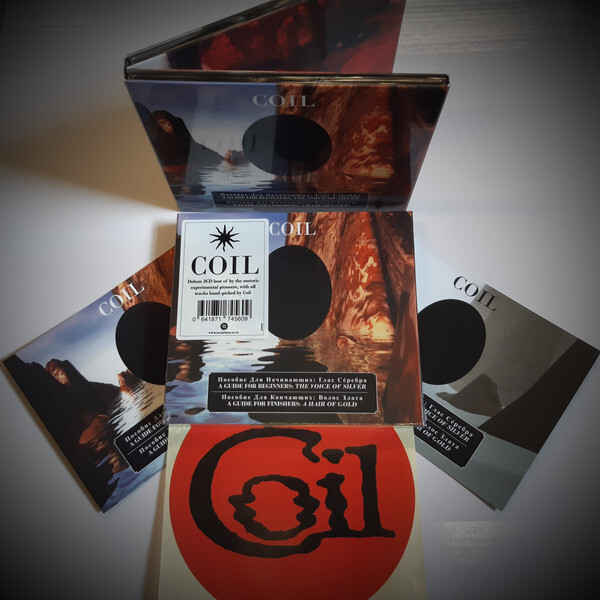 伝説的なインダストリアルユニットCoilの20年近く廃盤になっていった2タイトルが一枚に纏まってリイシュー。Cold Springよりリリース。
Out of print on CD for almost two decades, Cold Spring are proud to announce the official reissue of a much sought after ‘Best Of’ set by the acclaimed esoteric experimental pioneers Coil, with ‘A Guide For Beginners – The Voice Of Silver’ and ‘A Guide For Finishers – A Hair Of Gold’ being made available together in one deluxe set.

Officially licensed from FEELEE, this edition spans Coil’s entire career, featuring tracks from all their major albums. They were hand-picked by Coil to represent their best work and originally released to mark their first performance in Moscow in 2001.

The artwork (text in English and Russian Cyrillic) sympathetically features the rarest of the images previously used in the original Russian and English editions and is packaged in a deluxe, glossy 8-panel digipak with spot matt-laminate varnish.

Comes with 2 glossy artcards and sticker (direct from Cold Spring only).