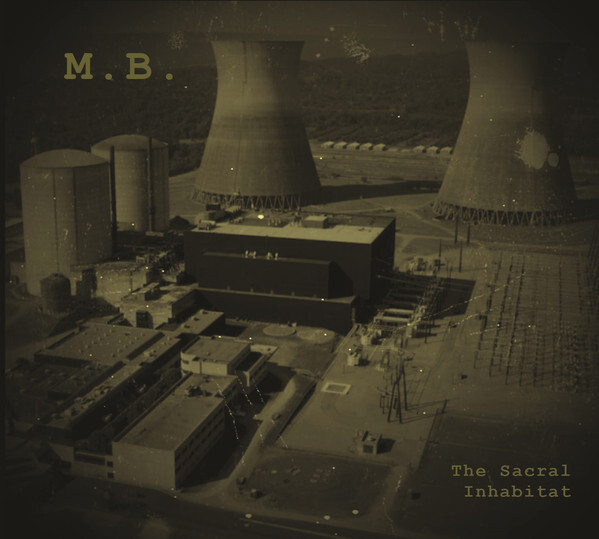 It begins. A slow mournful droning as if the very world itself is emitting a long low sigh of anguish. An anguished moan that rises and echoes into the vast subterranean chamber. Imperceptible and indistinct, a gentle tolling of bells emerge from the dark murky sonic abyss that is beginning to slowly unfurl around you. It’s almost as if this almost unobtrusive nebulous pealing of bells is the bell of Charon, sounding as he slowly approaches you on his rust coloured skiff. Upon the lake in that vast underground chamber where the living and the dead finally coalesce.

A squall of energy seems to appear from nowhere building in pace and volume before breaking down and scattering into the distance like a cascade of shattered glass. Sine waves; the terminal tones of medical life support machines flicker and dance across the periphery. The fluctuating spirals of sound an electrical storm that skitters across the surface of a deep subterranean expanse of inky black water. A water that seethes and pulsates from the huge almost invisible forms that inhabit the dark inky murk beneath.

The echoing roaring gulf of sound, bouncing off of the surface of a gargantuan chamber as shards of serrated metal spin upon a crooked and perverse axis. Razor sharp sonic particles that threaten to spin out of control, into a fierce paroxysm of sonic debris. Spiraling cascading atoms of noise that rent and tear into the monstrous darkness of sound that threatens to engulf and erase.

These squalling clusters of sound are almost as if a colossal factory has fallen dormant to abandonment. The once mighty machinery not quite dead but on life support, still emitting half dead electrical breaths into circuits that fail to engage as they are surrounded by tectonic plates of sound that shift and grind against one another, a strange disembodied choral arrangement can be faintly heard in the yawning gulf of tumultuous metallic void. All the while kaleidoscopic bursts of static flit across the crepuscular gloom.

To describe the latest album by Maurizio Bianchi as immersive would not be doing it justice.

Working with his long time collaborator and friend the German sound designer Siegmar Fricke this is a work of profound intensity.

The use of crackling squalls of razor sharp sound was evident on their last collaboration Zersetzung which was released by 4IB last year. However with the lengthy nature of the two individual tracks on here; that twisting cascade of granular sound has more time to grow and develop. These dancing particles are so finely honed they could be atomic atoms from the nuclear energy factory that adorns the albums artwork.

Sacral is described in the dictionary as meaning ” related to sacred rites and symbols ” and there is a definite sacral element to this work. Whether this is from the emotions it invokes or the processes that these two alchemists of sound, utilise in order to produce work of such breathtaking and intricate explorative sound. (by Kristian Carter. April 2020.)