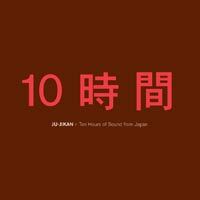 In 2001, the San Francisco sound-arts organization 23five and the San Francisco Museum of Modern Art copresented Ju-Jikan — a ten hour ‘listening event’ documenting the past 50 years of Japanese experimental music. The curators of Ju-Jikan Atau Tanaka, Ryoji Ikeda, and Shunichiro Okada did not intend their exhibition to be a comprehensive encyclopedia of Japanese experimentation; rather they sought “to trace the complex web of sonic style that constitutes the current Japenese musical landscape.” Tanaka, whose lucid writings are found within Ju-Jikan’s liner notes, takes great care in describing the contradictions and unspoken connections that linger not just within the niches of Japanese audio experimentation but also throughout all of Japanese culture. Just as technology and electronics are the lone assimilating factors within the broad scope of Ju-Jikan, these same tools also gave the possibility for separation from the West and from each other to create a wealth of new languages.

While the ten hour ‘listening event’ at SFMOMA spanned 5 decades of historical recordings, the double CD centers upon the last decade, as a means to publish previously unreleased work from many of featured arrtists. All of the artists with Ju-Jikan (both the 2CD and the SFMOMA listening event) draw from the recombinant power of electronic synthesis and the juxtaposition of disparate styles; which together have become a standard if elusively-defined musical vocabulary for Japanese music. Tanaka, Ikeda, and Okada offered convenient catagories (computer music, anti-academic movements, noise, anti-pop permutations, ambient fields, after improvised music, etc.) as ports of entry; however, they point out that many Japanese experimental artists refuse to paint themselves into an aesthetic corner. Ju-Jikan’s CD companion features compositions from Tamami Toro, Pain Jerk, Yasunao Tone, Nerve Net Noise, Otomo Yoshihide, Atau Tanaka, i.d., Masonna, Kozo Inada, Ichiro Nodaira, Hanatarash, Yuji Takahashi, Ryoji Ikeda, Merzbow, Kazuo Uehara, Astro, and Testuo Furudate.