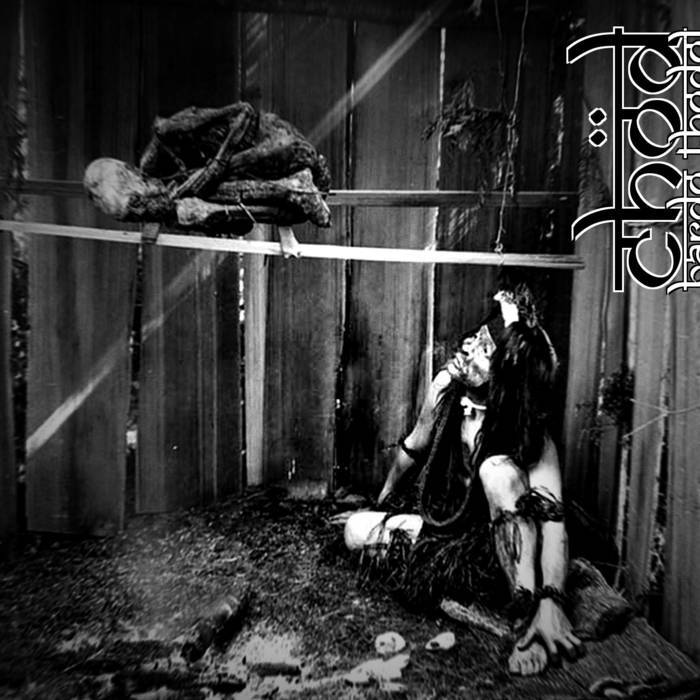 The Tibetan word "Chöd" means "to cut off' or "to slay", represented in icons by the victory banner and ritual knife. In Chöd, an adept symbolically offers the flesh of their body in a form of a tantric feast. The skin of the practitioner's body represents surface reality or maya: it is cut from bones, the true reality of the mindstream. The similarities between the Chöd ritual and the prototypical initiation of a shaman are obvious, although there is an essential difference between the two: the shaman's initiation is involuntary, whilst a Chod(pa) chooses to undertake the ritual death of a Chod ceremony as a will. Traditionally, Chöd is regarded as challenging, potentially dangerous and inappropriate practice for meditating practitioners. An external Chöd is to wander in fearful places where there are deities and demons, whereas an internal Chöd offers one's own body as food to the deities and demons: the Ultimate Chöd is to realize the true nature of the mind and cut through ignorance.
Enter the charnel fields of the obscure monk of the Chöd project to witness the offering of a corpse to the vultures of the tradition that inspires terror. The object of ignorance, the root of samsara, which is holding the "I" as truly existent must be killed as the inner enemy, delusions, and the way of the dharma practice: to achieve liberation, ultimate happiness, cessation of all the sufferings, rebirth and death.
Pure occult Evropean tradition in flesh and bones to hurt you. Filed alongside Zero Kama or Ain Soph.
Raw, elemental, primordial 22 tracks / 100 minutes of the original ritual retrieved from 1996-1999 DAT-tapes. The layout is executed by Mauro Berchi (Eibon Records). A 300 2CD edition of Chöd's legacy in a 4-panel matte-laminated Digipak.